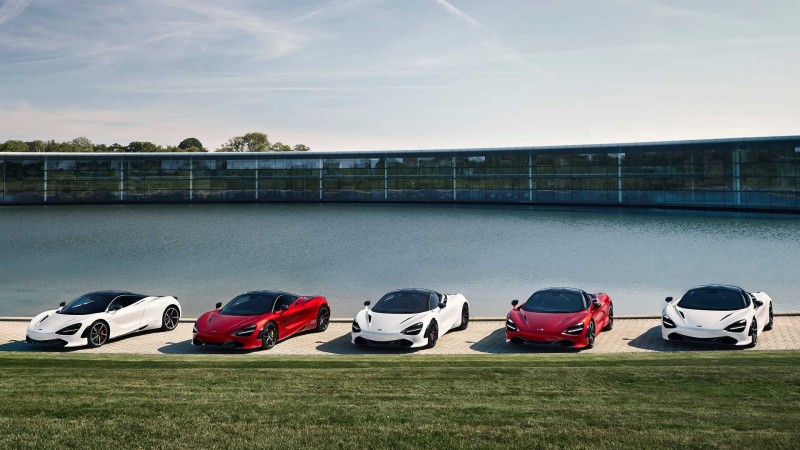 McLaren has a rich racing history that stretches back long before the automaker offered production cars. To honor that legacy, McLaren is offering a special group of aesthetically-enhanced 720S  supercars named the MSO Apex Collection. Only 15 cars will be built, each paying homage to one of five different race tracks in Europe where McLaren has enjoyed racing success. In addition, buyers who purchase one of the special edition cars will also get the VIP treatment with a Formula 1 paddock pass, and they will be able to participate in the Pirelli Hot Laps experience.

The crux of the upfit includes special carbon fiber side sills in the doorjambs. Inscribed into each sill is the name of a race track and the speed of the fastest corner at the track. It’s not just some generic number, however – it’s the speed a professional McLaren driver achieved in a 720S right at the corner's apex, hence the name Apex Collection. The cars also include special interior badging with production numbers, identifying each car in the series of 15.

Which race tracks are included in the group? Four cars will be built for Silverstone in the UK, with a maximum corner speed of 110 mph. Three cars are dedicated to Germany’s Hockenheimring with an 85-mph corner speed. Three more cars pay homage to Circuit Paul Ricard in France and are branded with a 104-mph speed. An additional three cars honor Spa in Belgium with a 103-mph corner speed. Lastly, Monza in Italy gets three cars with a listed corner speed of 90 mph.

If you’re counting (like we are) that’s actually 16 cars. Whether the fourth car for Silverstone was a typo is unknown, but we have a message to McLaren asking for confirmation. In any case, each 720S is fitted with the company’s Track Pack, and being that these cars feature European race tracks, they will only be sold in Europe. Pricing starts at £288,813, and first deliveries are expected to begin in October.