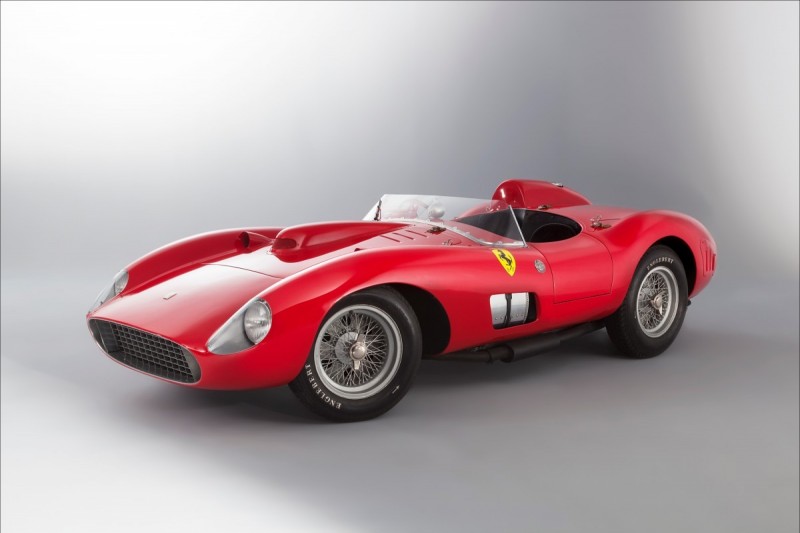 Lionel Messi is reported to be the mystery buyer who paid £25million for the world's most expensive car in a hotly-anticipated auction last week.

The Barcelona footballer allegedly outbid his long-time rival Cristiano Ronaldo to secure the Ferrari 335 S Spider Scaglietti in the auction at Artcurial in Paris, France.

A press release from those in charge of the auction revealed it was the 28-year-old footballer who made the highest bid, according to the New York Daily News.

The athlete appeared to acknowledge the suggestion - or poke fun at it - on his Instagram page earlier today as he posted a picture holding a red toy car, with the caption: 'My new car.'

It is not the first time the pair have come head-to-head and their rivalry is well documented.

The players are seen as the best in the world with fans and pundits regularly arguing about who is better.