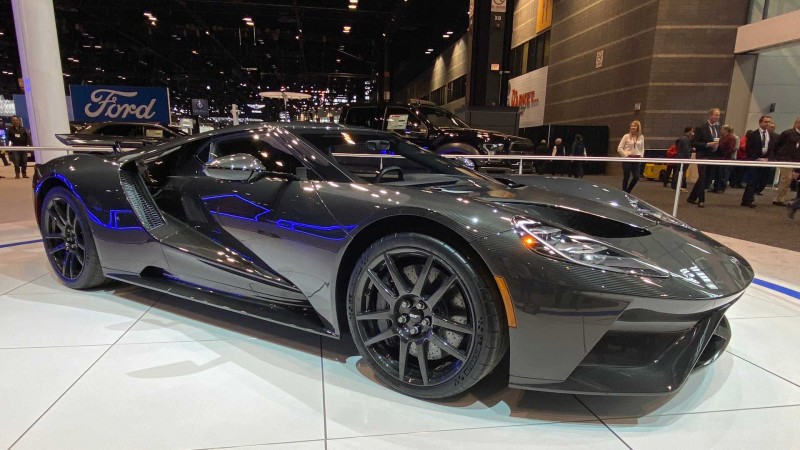 "The Blue Oval supercar might be getting a little update this weekend.

A new rumor has surfaced that Ford will reveal a new variant of the GT on August 16. According to The Supercar Blog, the Blue Oval may release a special edition of the EcoBoost-powered, carbon-intensive machine on Sunday.

We reached out to Ford for confirmation, and a representative gave us that old chestnut that the company doesn’t comment on future products. However, taking a quick peek at the Petersen Car Week schedule, which kicks off tomorrow, Ford is unveiling a new vehicle on Sunday, August 16. It’s all but guaranteed that it will be some variant of the GT.

The company isn’t a stranger to special editions of the flagship supercar. In February, the Ford GT Liquid Carbon Edition took a bow at the 2020 Chicago Auto Show, boasting a sophisticated, naked carbon fiber body. The retro Gulf Racing livery shows up regularly on the modern GT’s curves, too. And at the 2017 Pebble Beach Concours d’Elegance, Ford trotted out a slick ‘67 Heritage Edition honoring the GT40 that won the 1967 24 Hours of Le Mans."