This is the beginning of the end for the BMW i8 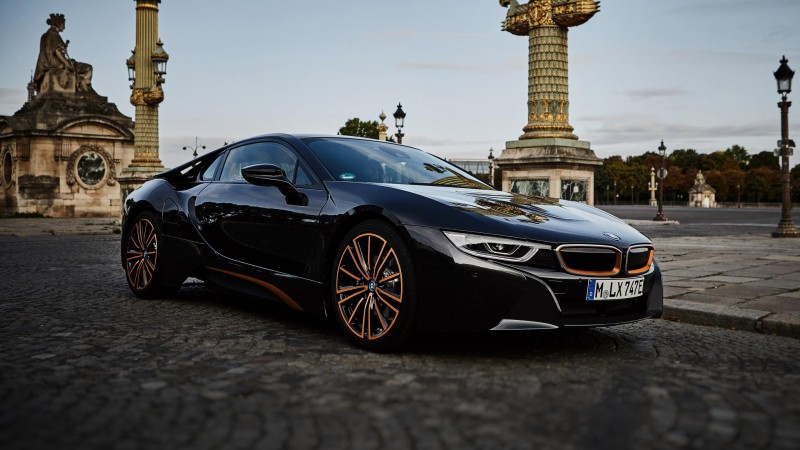 This, ladies and gentlemen, is the BMW i8 Ultimate Sophisto Edition – and it makes us really very sad indeed.

Now, it doesn’t make us sad because it’s a shameless example of slapping a different paint job on a car and calling it a special edition (although that remains infuriating). The principle source of our sorrow comes from the fact BMW has confirmed the Ultimate Sophisto Edition will be one of the last i8s ever, with production of the hybrid sports car coming to an end for good in April 2020.

This is a real shame. The i8 remains a fantastic car, especially after its mid-life update. With a combined 374bhp from its electric motor and 1.5-litre three-cylinder petrol engine the numbers aren’t huge, but the ride quality and feel are fantastic – plus, it’s just so different to anything else on the market.

Nope, we’ve got no idea either.

Still, they’ve given the 200 examples ‘Sophisto Grey Brilliant Effect’ paint and teamed it with ‘E-Copper’ accents (which is presumably just the same colour as normal copper but applied to a part-electrically powered car). Then there are special door sill plates, along with 20-inch wheels and a fancy orange interior.

You’ll also notice a BMW i3S sneaking about in some of the photos above. That too is in the black/copper paint scheme, but for some reason is called the ‘Edition RoadStyle’. There are also no mechanical changes from the standard i3S, so we won’t bore you with any more details.

For now, let’s stick to mourning the impending death of the i8. A carbon-tubbed, hybrid sports car that would do 0-62mph in just over four seconds and still offer 20-25 miles of electric range. Yep, we’ll miss it.