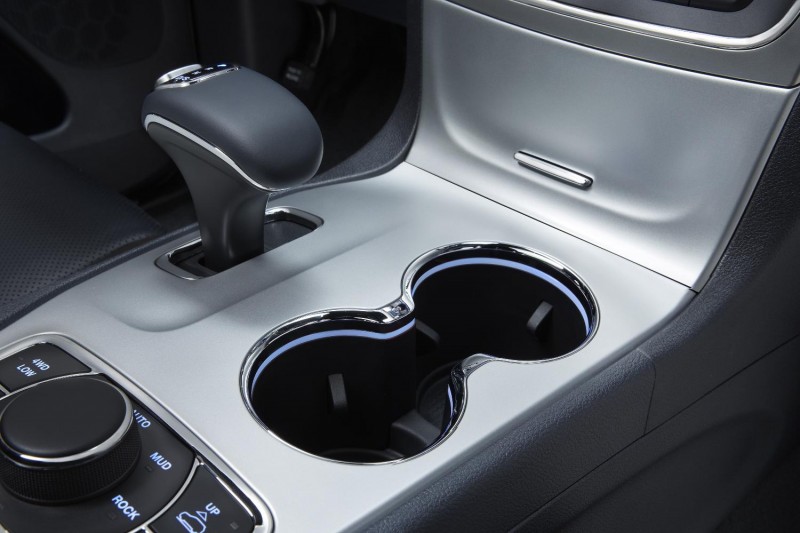 Initially, the NHTSA was only investigating around 400,000 vehicles, but they decided to expand their inquiry to more cars. The organization will make an examination of MY2014-2015 Jeep Grand Cherokee, MY 2012-2014 Dodge Chargers, and MY 2012-2014 Chrysler 300 models to determine if their gear selectors are too confusing to use safely. These models feature an eight-speed ZF gearbox, fitted with a ZF Monostable electronic gear shift assembly.

The problem with the system is that the lever has a standard position to which it springs back once the driver selects a gear and releases the little lever.

The four positions on the device are Park, Reverse, Neutral, Drive/Sport. The complaints initially investigated a defect on the gearbox itself, but the NHTSA quickly discovered there was nothing wrong with the eight-speed unit, and that its interface might be improperly designed.

According to the New York Times, the NHTSA has found that the gear selector is “not intuitive,” and offers “weak tactile and visual feedback to the driver.” The conclusion of the NHTSA was that the electronically operated gear selector increased the potential for unintended gear selection. The big risk here is leaving the car without selecting the “Park” gear.

The NHTSA noted that there is a particular ring that is activated when the driver opens the door of the vehicle, and the transmission is not in Park. The audio warning is accompanied by a visual indication in the dash, but the NHTSA may deem this solution, which has been present from the first day the cars came to the market, insufficient.

The NHTSA is dissatisfied with the design of the gear selector as it would not protect the drivers who intentionally leave the vehicle’s engine running and want to get out of the vehicle, and the drivers who do not realize that the internal combustion unit is still on after they tried to turn it off. Since the engine cannot be normally stopped if the vehicle is in Park, and with Neutral selected, there is a risk that the car could roll if the Parking Brake is not applied.

There were 306 reported incidents of this problem involving the Jeep Grand Cherokee, along with eight complaints about the Chrysler 300 and Dodge Charger models. Four crashes were reportedly caused by the problem, and two people were injured.

Fiat Chrysler Automobiles has pledged to fully cooperate with the investigation. We must note that the shifter design was changed for the Dodge Charger and the Chrysler 300 for the 2015 Model Year, while the Jeep Grand Cherokee received the change with the 2016 model year.

Moreover, the same shifter design is used by the Audi A8, but there have not been any complaints regarding this issue from the owners of the German sedan.

From experience, we can say that the gear selector on these cars does not work like a traditional unit, because of the design feature that brings it back to the standard position. From our point of view, all the driver has to do is check the dash or the illuminated part of the lever to see if the gear was properly selected.

Considering the fact that not all drivers are so attentive, and some are used to the mechanically operated gear selectors, the NHTSA may ask Fiat Chrysler Automobiles to use a more conventional design.